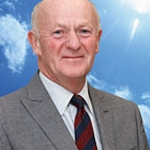 Councillor for Daresbury
John Bradhsaw has been a councillor for Daresbury ward since 2004. He was re-elected in 2007 and 2011. He is married with two children, a native of Warrington, but was educated at Wade Deacon Grammar School in Widnes, before a thirty three year career with a major clearing bank.He was then associated with an agricultural business locally giving him his insight into the demise of farming and rural areas under successive Labour governments.He lives in Runcorn with his wife. 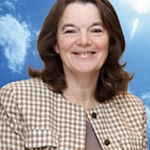 Councillor for Daresbury
Marjorie Bradshaw was elected as councillor for Daresbury ward in 2008 and re-elected in 2012. She has been a committed defender and supporter of residents' rights in the face of burgeoning state interference into all aspects of our lives, with its consequent unnecessary overspending and waste. As she says "I am on the side of the voters, not of the Council."Her ward consists of the villages of Daresbury, Moore and Preston Brook (with Preston-on-the-Hill and Dutton) plus Sandymoor.